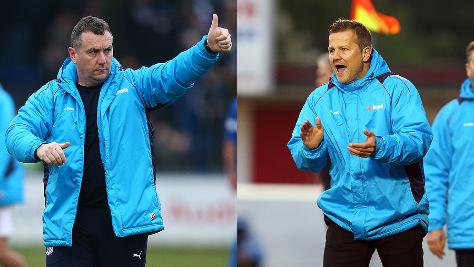 So last week proved not to be our Black Swan moment. But May is the month of spring, and of fresh beginnings, where we plant the seeds and cultivate the ground to reap its rewards come Autumn harvest. Some members of the SWA are concerned that there are bad omens at play, they talk about how our field is spent from overwork, as are the men who work it, that they suffer from poor form and injury and face bogeymen in limegreen clothing.

The solution they cry, is to beat back these omens with a sacrifice. To compromise our values and identity in order to become as monstrous as those enemies that vex us. Having been undone by those tactics time and time again now is the chance for Micky to take an eye for an eye, to fight fire with fire. In short, lets outshithouse the shithousers.

This way lies foolishness. You do not beat an enemy on the field of battle by mimicking that which he does best. Just like arguing with an idiot, he’ll only drag you down to his level and beat you with experience. Worse still, to focus all your energies on your enemy means to neglect yourself and what your own philosophy can accomplish when fully realised.

This brings me to the fabled Crab Bucket. When a fisherman goes crab fishing he faces a dilemma. If he puts a single crab into a bucket or basket it has the wherewithal to climb the sides and escape easily. The solution? Add another crab. While any one crab could escape, its efforts will always be undermined by any others, ensuring the group’s collective demise as they drag one another down trying to climb up and over whichever one rises to the top, trapping them all in the bucket.

The analogy in human behavior is that members of a group will attempt to reduce the self-confidence of any member who achieves success beyond the others, out of envy, resentment, spite, conspiracy, or competitive feelings, to halt their progress.

The scramble to win the playoffs certainly imitates the vicious competitive nature of the crab bucket as teams spend all their energy fighting to escape the clutches of both the fisherman and their captive brethren, the league and their rivals… but I think the lesson to be learned here is that of the solitary crab.

Because even in a bucket full of crabs you can have the rare escapee. The solution is obvious to you and me, he simply acts as he would if he were on his lonesome, ignores the others, finds his own space to work, and focuses on maximising his own potential for escape. Its seldom you’ll cross paths with such a clever crab, but that just so happens to be what my father used to call the old Tranmere number 8 who would ‘only spray the ball sideways’.

I trust Micky knows that Cooper has had his number before, but that it won’t cause him to waiver from the course he has set for himself. To be all we can be, to focus on the things that have defined and differentiated us, and trust that it will be enough… even if it hasn’t been in the past. To keep the faith. Because where there is faith, there is light and strength.